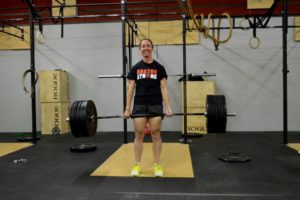 Trisha is a native Vermonter who grew up in Colchester with her parents and older brother. After high school she attended UVM at which time met her husband Matt while they were working at a local fitness facility. Following graduation, Trisha moved to the Dartmouth area to attend graduate school before moving back to Essex where she and Matt now live with their two children, Eli and Ava.

Growing up, Trisha was primarily a three-sport athlete playing soccer, basketball and running track. In college, she continued her active lifestyle playing intramurals, running 5ks, half-marathons, and working out at area fitness facilities. After moving back to Vermont, Matt and Trisha started competing in obstacle course races with their siblings. Trisha also did boot camps, kickboxing, personal training, Pilates, spinning, and every other type of aerobics class she could squeeze into her schedule.

In 2014, Trisha had the good fortune to meet the McCarthy’s who were preparing to open MTCF. Always being game to broaden her fitness experiences (and because Matt dragged her along), she started doing WODs with Erin and Pat as they worked to prepare the space for opening. Having OG status as the first members of MTCF, Matt and Trisha have been with the MTCF community since the very beginning.

The sport of CrossFit produced results for Trisha that decades of athletics and exercise had never provided. Whether it was her first unassisted pull-up, setting a personal best for a timed mile, or deadlifting twice her body weight, Trisha was in awe of what her capabilities truly were. After five years, her passion for CrossFit continues to grow. Her goal is to bring CrossFit into the lives of others and support them on their path to wellness and fitness. 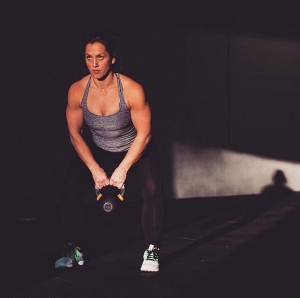 Erin was born and raised only a few miles outside of Boston but she, along with her husband Pat and their two young children, now proudly call Vermont home. In addition to sharing parenting duties, Erin and Pat share a deep enthusiasm and passion for CrossFit, and the incredible relationships and camaraderie that inherently come with this unique fitness experience. Erin was raised in a large family that cultivated the importance of an active lifestyle from a young age. She began working at a local health club since the age of 15 and was a competitive cheerleader and dancer while growing up. After high school Erin stayed active competing in marathons, triathlons, and various fun runs. In 2009, after the birth of her daughter, she made the life changing decision to join CrossFit. Erin started coaching in 2013, and in 2014 she changed her full-time career in order to achieve her goal of sharing her CrossFit experience and passion with others, and improving their quality of life, by opening the doors to MountainTrail CrossFit. Supporting others is as important to me as believing in myself. I plan to thrive on your success. I want you to be healthier, stronger, faster, and fitter. I am a judgment free zone excited to work with each one of you to break down whatever barriers you show up with. CrossFit has been a gift that I cannot wait to share with you, and it is my hope that my experience, patience and passion will help you realize that you have the power to change and do anything you desire. You can flourish at any age or size; you just need to show up. 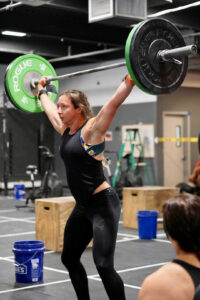 In 2018, my boyfriend came home from his first week at MTCF and said “you gotta try CrossFit out, you will love it”. Prior to CrossFit, I had never really been in a gym and my fitness routine consisted of running and playing competitive soccer about four days a week. The thought of performing barbell and gymnastic movements was intimidating. At the same time, I was beginning to feel sluggish about my post-college lifestyle so I went in for my first class and was instantly hooked!

The sense of community, concept of functional fitness, and constantly varied workouts has kept me coming back. MTCF made a healthy lifestyle achievable and it was exciting to see what I was physically capable of everyday. The atmosphere eventually inspired me to get into coaching and receive a Level 1 Certification in CrossFit and USA Weightlifting.

Born in Thompson, Connecticut, in 1978, Deryk lived in several different states before attending high school in central Massachusetts. He grew up primarily as a three sport athlete involved in soccer, hockey and baseball, continued through high school (attained 1st and 2nd team all-state honors Division 2 soccer/hockey his senior year), and via club sports at the University of Massachusetts, Amherst. As an adult, Deryk has enjoyed volunteer coaching his two young sons, running half marathons, golfing, and playing co-ed soccer and hockey in local adult leagues. Deryk found CrossFit in May 2014, received his CF Level 1 at Reebok One in Canton in March 2015, and has enjoyed coaching part time at MTCF ever since. As a lifelong athlete, injuries and normal wear and tear had begun to creep their way into Deryk’s routines, causing delayed recovery and continued setbacks to the point that he needed to make a holistic change in his methods and approach. He joined CrossFit with his wife Colleen and has achieved continued improvement while minimizing injuries and meeting some great people along the way. “The support and comradery at MTCF inspires me to be consistent about showing up, but the process of CF is only partially physical. I have grown more confident, mentally tough, and positive about life and all of its challenges. Cross Fitters sacrifice themselves on a daily basis, with each other, in order to support one another and to test their own physicality – that feeling of accomplishment is what keeps me coming back. 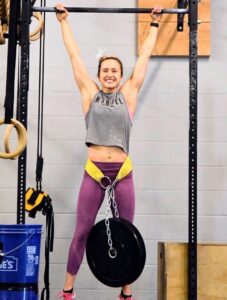 Fitness has always been a central part of Lindsay’s life. Growing up she had played a variety of team sports including field hockey, lacrosse and snowboarding freestyle. However, after Sophomore year in High School, her world was flipped upside down. She had suffered from multiple sports related injuries, concussions and being diagnosed with a rare autoimmune disease. Her Dad brought her into a gym for the first time to get stronger and Lindsay fell in love with the process of weight and functional fitness training.  In college she transitioned to training and competing in Olympic Weightlifting. When she finished college, she missed the competitive nature and comrader of being on a team and decided to join Mountain Trail and never looked back!  Lindsay thrives off building relationships with members of the community and seeing people grow in their fitness journey both mentally and physically. She truly cares about members and wants to make sure that their hour in the gym is the best part of their day! She strongly believes in the power of the Mountain Trail Community and the positive impact that it has on the members lives and is pleased to be a part of the team.  Lindsay began her CrossFit Coaching Career in 2020 and also works full-time as a Registered Dietitian that specializes in sports and performance nutrition. She lives in Colchester with her husband, Marshall, and their Boston Terrier, Brisa. In her spare time you can find her doing just about anything active (running, swimming, hiking, biking, yoga, climbing, etc.) traveling, cooking and eating! 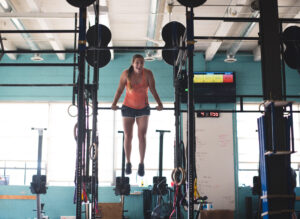 Growing up in Oregon, Katherine primarily played ice hockey and started crossfit in 2009 as summer cross training. After playing competitive prep-school hockey in Rhode Island for highschool, she headed back west to attend college in Colorado. While there she continued to play hockey at a club level and began to take crossfit more seriously including competing both individually and with teams and dabbling in Olympic Weightlifting competitions. After a few years of bouncing around different states, Katherine eventually ended up in Vermont in 2019 and immediately found the fantastic community at Mountain Trail. She began coaching in 2020 and loves to share her passion for all things weightlifting and gymnastics. Outside of the gym you can find her hiking up or skiing down mountains, reading a good book, and making delicious baked goods.